The BBC today* denied accusations (again) that stuffing Question Time with five authoritarian egomaniacs (again) displayed a jaw-dropping lack of political balance (again). ‘We apportion panellists according to the votes political parties receive,’ a spokesperson said. ‘By winning about one in four votes, the Liberal Democrats get one place in four. Hang on, does that say one place in four weeks? Shit! I mean, no comment. 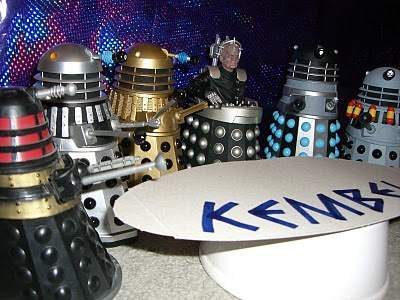 ‘As you can see, this is a completely different panel to any previous one this month that omitted any Liberal Democrats (or that other one, too).’ 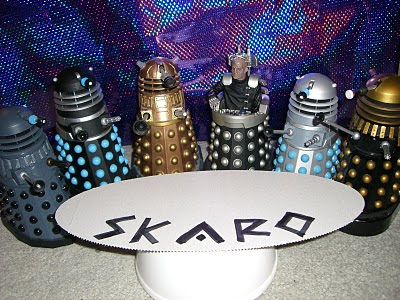 DISCLAIMER: The Daleks wish it to be known that they dissociate themselves from the far-right authoritarianism of Peter Hain and the inarticulate screaming hatred of Nigel Farage.


*All right, you’ve caught me. The BBC responded “today”? I’ve obviously made that up – they only responded to my last complaint a few days ago, and that with a bland mass e-mail that failed to answer any of my questions. Good job they’re not responsible to the public, right?

For viewers who aren’t Daleks, you can complain directly to the BBC about their consistent and outrageous political bias. As they’re frightened of their viewers being able to get in touch, you can’t do so by e-mail – though if anyone wishes to supply me with the personal e-mails of, say, the director and producer of Question Time, the head of BBC1, the Director-General or the BBC Trust, I will very happily republish them here – and must instead jump through five pages of hoops on their website. Even to ‘reply’ to their insultingly vacuous excuses for responses (they e-mail you, but won’t let you e-mail back).

By contrast, Labour and the Conservatives have each been represented on every single edition of Question Time – even the broadcast from Northern Ireland included a Labour Minister and a Unionist peer who takes the Tory whip, yet omitted the liberal Alliance Party – often by two or even three supporters on one panel. Even BBC maths must be able to work out that, if their method for calculating Liberal Democrat representation is “fair,” by the same standard Labour and the Conservatives must each average well over 100% of the votes across all elections. Newsflash: this is not, in fact, true.

Even the Liberal Democrat blogosphere’s most ardent devotee of Question Time, the unluckily named Mark Thompson, is so disgusted by this bias that instead of staying in to watch the programme and host his usual live webchat he’s gone to the trouble of being candidate in a local by-election and will be out for the count. I hope you’re satisfied, BBC (and good luck, Mark)!

Come on, BBC, sort it out! Or I’m going to have to buy more Daleks.

You're absolutely right, and I apologise for the inaccurate depiction - sadly, I didn't have a fluorescent orange Dalek to hand.