An Announcement (that we’re very happy)


Richard and I have news. 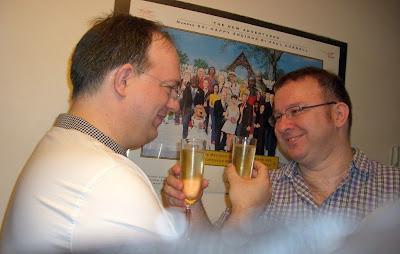 We’ve had several long talks; knees, nervousness and champagne were involved. And we’re both delighted to announce that each of us has agreed to make the other very happy, and that we’ll be getting married next year.

Richard gave me a ring on our fifth anniversary*, and now that (in the nicest possible way) the law has finally caught up with us, we’re going to do it properly. We’ve chosen the date: October 26th, 2014 will be our twentieth anniversary. As it’s not us but Britain that’s taken so long to make up its mind, we’re keeping the same day and digit for future anniversaries.

And I’m chuffed into little meatballs. As well as having the jitters. Which is how it’s supposed to be, isn’t it? 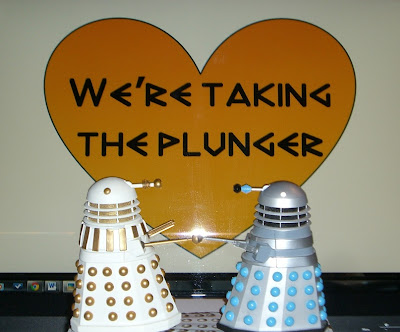 *My big gesture that day was to take him to see a bloody Jacobean tragedy starring Ian McDiarmid, the Emperor from the Star Wars Saga. Romance wasn’t dead, but most of the characters ended up that way.

Comments:
Congrats Alex and Richard. All the best for the future.

Congratulations to you both!

Thanks, Jennie, and thanks, Gareth!

Congratulations to both of you!

Thank you very much, Matthew!

In other news: I have started a Tumblr.

Featuring the full horror of our engagement night photos and, also, more of the romantic Daleks.

Alex & Richard - never met either of you, but James has told me how wonderful you both are... delighted to hear your news, a million congratulations and all love - Kate Blessing x x

Gosh. Thank you, Kate - that's lovely of you. And of James!

Is this where we start lobbying for invites? Lol

And this is wonderful news! It pays to read backward when catching up on a blog sometimes.

That's fabulous news, Alexandrichard! It just shows that if you wait long enough - and campaign along the way - the world eventually catches up with you.

Wow almost 20 years together. Many congratulations to you both Alex...

Thank you very much, Isaac!