Do you want to watch some Doctor Who?

Aliens from the past; wonders from the future; all of time and all of space. It’s the trip of a lifetime…

But how to choose? There are so many stories! Where to start? Which Doctors? What style? Monsters, villains, scary horror? Wit, weirdness, wild ideas? Adventures in history, alien worlds, impossibilities in famous landmarks? Fun? Don’t scream!

Here’s my idea. One story at a time, ten reasons at a time to give you a taste of if you might like it. 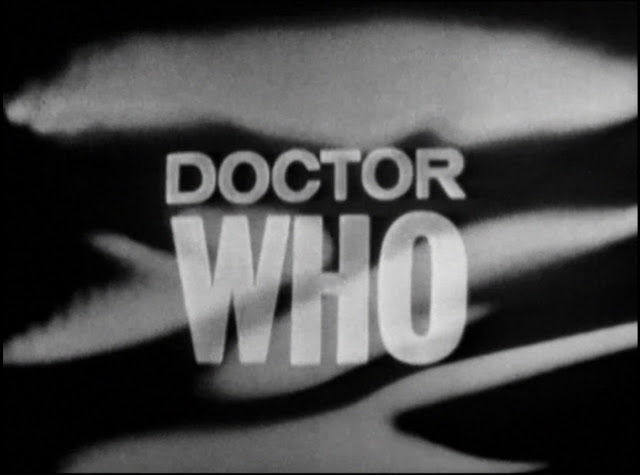 November 23rd will be Doctor Who’s fifty-second anniversary, and it’s an important and popular fact that there are fifty-two weeks in a year. That gave me an idea. To celebrate fifty-two years of Doctor Who, the most brilliant television programme and the greatest idea in the history of the world, I’m going to pick one story I love, starting next week, each week for a year. Then every Saturday – because it has to be Saturdays – give you ten reasons why you should give it a go and put on the latest DVD I’ve chosen along with me. They may not be ten good reasons. They may be silly ones, strange ones or ones quite unsuitable for children. But they’ll be my reasons and, I hope, some will tickle your fancy too and make you want to watch some of the stories I’ll be recommending. And my husband will be doing the same! But different.

Oh, and if you’ve never watched an episode, don’t know the show, and want to find out anything about Doctor Who at all…? The best way is just to pick one and watch it. Which I’ll start with next week (or, for UK viewers, tune in to the next adventure on BBC1 tonight, or the Horror Channel on weekdays). But if you want to read something about why first, here’s one I prepared earlier: So Who is The Doctor Anyway? All You Need To Know About Doctor Who. I said there – though obviously I added more that you might want to know – that all you need to know is this:


The Doctor is a traveller in time and space. He goes anywhere he likes, from Earth’s past, present and future to alien worlds and stranger places still. He respects life rather than authority, and obeys no-one else’s rules. He lives by his own joy in exploring new places and times, and by his own moral sense to fight oppression. He prefers to use his intelligence rather than violence, and he takes friends with him to explore the wonders of the Universe. 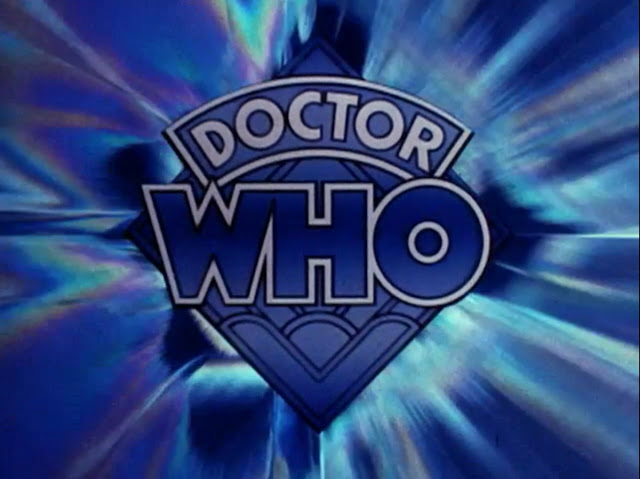 Here, As I’ve Promised Ten Things, Are Ten Rules I’ve Set Myself For What I’ll Do Each Week

1 – Rules are for breaking.

2 – I’m only picking stories which were on TV, so you can easily pick them up on DVD (and most can be bought in other formats).

3 – These are all stories I love in one way or another, but not quite my ‘Top 52’. I’ll be trying to give more of a mix. So, for example, every Doctor’s going to have about four or five stories. Except when they don’t (see Rule 1).

4 – One of the things I most love about Doctor Who is that if you don’t like one of them, next week’s might be entirely different. So I’m amplifying that effect by not putting these stories in chronological order. I’m not writing a history of Doctor Who, but trying to tempt and divert you with an assortment from all over the place.

7 – Spoiler warning: there won’t be spoilers every time, but where the thing I love best about a story is a giant spoiler, that’ll be towards the bottom of the list so you can read at least some of the ten.

8 – There might be some extras, some weeks. Rule 2 excludes a lot of brilliant books, comics, audio plays and other forms of Doctor Who which may be less accessible, but if I have the energy to post weekly, which on past performance is quite a gamble, I might even find the energy to post some shorter mid-week reasons to read, look at or listen to some of those. Possibly including some 1960s Doctor Who TV stories which, although brilliant, only exist as soundtracks because the BBC burnt a lot of the originals, thinking nobody was interested. I’m likely to choose extras that are in some way in tune with that week’s DVD choice, so you can have a guess at those links too, if you like.

9 – And I’m not going to stick to just ten reasons to watch each story, either. There’ll be a few extra details each time. Including (shh) in the small print, probably, any reasons you might, well, not not want to watch it exactly, but have a tiny warning about something that might make you want to watch it a bit less.

10 – It might seem a bit odd in the day of the box set binge and streaming complete seasons to pick just one story at a time. That’s because the BBC have only released about a third of Doctor Who’s Thirty-four / midway through Thirty-five seasons as DVD box sets (though more might soon be downloadable like that in packages from BBC Store). Most of those are from the series’ return to TV in 2005, where for marketing purposes they started counting again at “Series One,” partly as a relaunch and partly because it would otherwise be embarrassing to admit when people asked, ‘If this is number Twenty-seven, can I get The Complete Season One Box Set?’ that they’d burnt some of those stories so they’re difficult to put on DVD. Though Season One is still one of my favourites, even the bits I can’t see of it. However, let’s say every complete year’s-worth of Doctor Who was collected in its own box, or I just fancied bingeing on seasons rather than individual stories. Counting down in roughly reverse order, here’s another list of ten to gorge on: 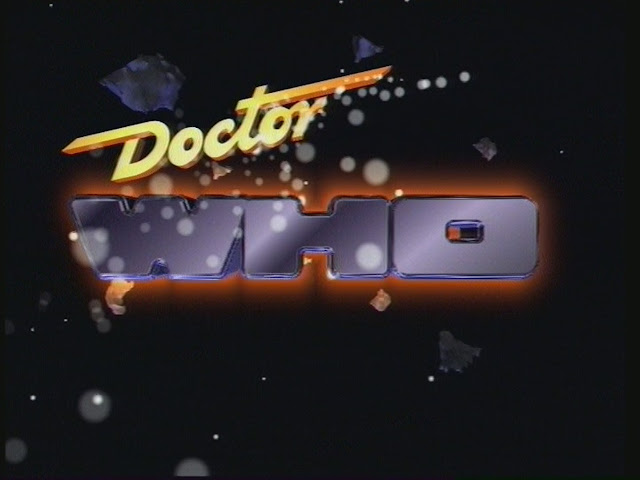 Ten Doctor Who Box Sets To Binge On (if they were all in box sets, and if I felt like bingeing)

10 – Season Thirty-four / Series Eight (2014, Peter Capaldi)
A Good Man…? Because Peter Capaldi is brilliant, because so much else about the series feels suddenly refreshed, because it’s by far my favourite season since Steven Moffat took the helm, because I’m always hopeful that Doctor Who will be better. So when’s the next one on? Ah! Tonight! Wonder if that’ll make the 52…?
Stories: Deep Breath, Into the Dalek, Robot of Sherwood, Listen, Time Heist, The Caretaker, Kill the Moon, Mummy on the Orient Express, Flatline, In the Forest of the Night, Dark Water / Death In Heaven

9 – Season Thirteen (1975-1976, Tom Baker)
Body Horror – because the Doctor and Sarah Jane Smith (Elisabeth Sladen) are such a wonderful team, and because its visceral, colourful horror makes it probably the least suitable thing for children ever, which is why it absolutely thrilled me aged four and I’d heartily recommend it to any child who enjoys nightmares.
Stories: Terror of the Zygons, Planet of Evil, Pyramids of Mars, The Android Invasion, The Brain of Morbius, The Seeds of Doom

8 – Season Seven (1970, Jon Pertwee)
Exiled To Earth – because every single story is rather brilliant, and Brigadier Lethbridge-Stewart (Nicholas Courtney) and Dr Elizabeth Shaw (Caroline John) are very brilliant, even though there’s not a lot of TARDIS or playfulness.
Stories: Spearhead from Space, Doctor Who and the Silurians, The Ambassadors of Death, Inferno

7 – Season Sixteen (1978-1979, Tom Baker)
The Key to Time – because it’s enormously enjoyable. This is Doctor Who at its most fairy-tale, fluffy and fun, it’s the best place to watch K-9, and the show’s first serious ‘story arc’. Which is rarely serious at all, thanks particularly to some of the best writers ever to work on the show – such as Robert Holmes, David Fisher and Douglas Adams.
Stories: The Ribos Operation, The Pirate Planet, The Stones of Blood, The Androids of Tara, The Power of Kroll, The Armageddon Factor

6 – Season Twenty-Nine / Series Three (2007, David Tennant)
You Are Not Alone – because the individual stories are mostly very strong, the through-theme of human (or Time Lord) nature is stronger, and David Tennant finds his feet as the Doctor in suffering (and possibly through Freema Agyeman’s fantastic Martha Jones giving him a kick in the arse).
Stories: Smith and Jones, The Shakespeare Code, Gridlock, Daleks In Manhattan / Evolution of the Daleks, The Lazarus Experiment, 42, Human Nature / The Family of Blood, Blink, Utopia / The Sound of Drums / Last of the Time Lords

5 – Season Eighteen (1980-1981, Tom Baker)
Decay and Change – because it’s the ultimate in Who ‘concept albums’ from lead writer Christopher H Bidmead, best watched all the way through, a marvellous mixture of ideas and images for Tom Baker’s long finale. Everything ends, everything changes, but with an irresistible sense of hope.
Stories: The Leisure Hive, Meglos, Full Circle, State of Decay, Warriors’ Gate, The Keeper of Traken, Logopolis

4 – Season Twenty-Six (1989, Sylvester McCoy)
New Games – because Doctor Who went out, for a while, on a high, inspiring New Adventures to come in one of the most intelligent, innovative and impressive years in the history of the series, and where Ace (Sophie Aldred) comes to the fore in a very female-focused set of stories.
Stories: Battlefield, Ghost Light, The Curse of Fenric, Survival

3 – Season Twelve (1975, Tom Baker)
New Birth and Cold Science – because this was the first Doctor Who season I ever saw, and I’ve always loved it. Lead writer Robert Holmes and producer Philip Hinchcliffe come in with an amazing set of stories, still more amazing in their thematic unity, cold, stark visuals reflecting stories of fascistic elites placing survival at all costs over what makes us human, a mixture of sterility and rebirth, but all with the warmth of the Doctor, Harry and Sarah Jane.
Stories: Robot, The Ark in Space, The Sontaran Experiment, Genesis of the Daleks, Revenge of the Cybermen

2 – Season Twenty-seven / Series One (2005, Christopher Eccleston)
The Trip of a Lifetime – because Doctor Who was back on television, and more fantastic than I’d dared to hope. Christopher Eccleston’s war survivor and Billie Piper’s shop assistant journey together and bring out the best in each other in a bright and optimistic series that’s – as lead writer Russell T Davies put it – steeped in death. Still gorgeous to look at, too.
Stories: Rose, The End of the World, The Unquiet Dead, Aliens of London / World War Three, Dalek, The Long Game, Father’s Day, The Empty Child / The Doctor Dances, Boom Town, Bad Wolf / The Parting of the Ways

1 – Season Fourteen (1976-1977, Tom Baker)
Dark Religion – because Tom Baker, Philip Hinchcliffe and Robert Holmes – and Doctor Who – reach their height. Tales of Gothic horror, intelligent science, imagination, black humour, and so much more. Watch them all and find out.
Stories: The Masque of Mandragora, The Hand of Fear, The Deadly Assassin, The Face of Evil, The Robots of Death, The Talons of Weng-Chiang 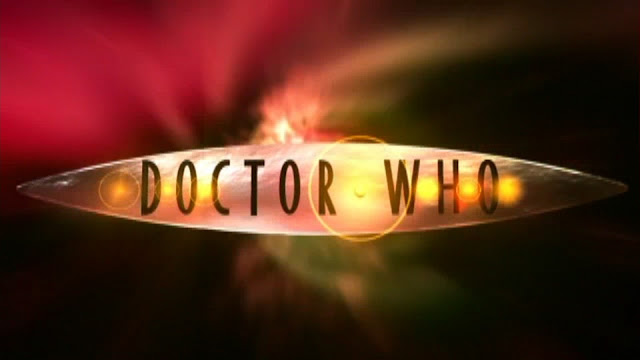 You see? Extras. But don’t assume you can work out what’s coming from these imaginary box sets – or even who are my favourite Doctors. For a start, I’m always changing my mind, and on top of that, the Doctor I currently love the most isn’t even in any of those seasons, but he will have several stories in the weekly 52.

Where will I start? Where will it all end (will it end at all)? Tune in next Saturday, and every Saturday for the next year, to find out which Doctor Who story I love that I’m going to give you ten reasons to watch. If you can believe I’ll do it, I might. 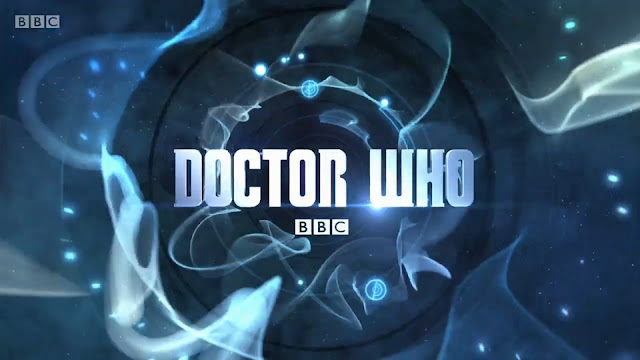