What do the Liberal Democrats stand for, and why vote for us?

Last month I sent three questions on Lib Dem values to both Ed and Layla Moran – plus two individually tailored ‘mean’ questions each. Layla replied last week, so you also can read Layla Moran’s five answers here. Ed and his Correspondence Team have now replied to me in full, and you can read his five answers below. 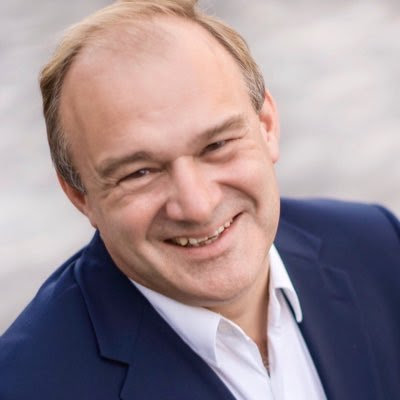 People say all politicians are the same. Lib Dems have often seen moderation, working with others and compromise as virtues, to the point of the caricature that a Liberal is someone so fair they don’t take their own side in an argument. So what really motivates you?

When someone asks you on the doorstep, the hustings or on TV to sum up in a sentence or two what the Lib Dems, uniquely, stand for – and why anyone should vote for us – what do you answer?

The biggest problem for the party over recent elections has been our failure to answer that question. The election review was clear about that: we must have a coherent message that speaks to voters.

So I’ve set out my answer in this election: I want the Liberal Democrats to be known as the party that fights for a greener economy, a fairer society and a more caring country. And I’ve illustrated that with a Green Economic Recovery Plan and priorities on childcare, education and carers.

My motivations in politics have long been the environment and caring. I was an environmentalist before I joined our party 30 years ago when we were 4% in the polls – and I joined partly because Ashdown and Hughes were the only politicians talking green.

And a lifetime of hands-on experience as a carer – as a young carer for my mum when she had terminal cancer, for my Nanna when she became frail and elderly and now as a parent of a disabled child – drives me just as much as any intellectual debate, linked as it is to the real life experiences of 10 million carers.

Two of the most heartfelt Liberal Democrat instincts are ‘Why can’t we all just get along?’ and ‘Stand up to bullies.’ Whether you call those ‘moderate and Liberal’, ‘caring and courage’, ‘love and liberty’, the party feels both, needs both, but they’re often competing as well as complimentary, so our balance between them changes with the times.

Which do we need most to lead on right now?

We are at their best when we can find issues that follow both instincts – because they are indeed often complimentary. Getting Boris Johnson to agree to a public inquiry at PMQs was a huge moment for me, and plays perfectly into these two instincts.

It was about both standing up to Boris Johnson and his awful Tory Government, but also looking to deliver something meaningful and life changing for the millions of people affected by the Covid-pandemic. I don’t think it is simple to say we can focus more on one than the other.

Rebuilding our society and economy post-Covid will need more of one, continuing to hold Boris Johnson to account so we can win elections in the future is a bit more of the other.

Ask what the core of Liberalism is and the answer’s obvious: “It’s About Freedom”. So obvious, that was the title of the Liberal Democrats’ 2002 philosophy paper. Look at our other positioning papers and manifestos under Charles Kennedy – “Freedom In A Liberal Society”, “Freedom, Justice, Honesty” – Freedom led*. Our constitution leads with “Liberty, equality and community”. But Leaders and campaigns since have made Freedom or Liberty invisible. Afraid it’s not popular, not relevant, or just ceded it to the illiberal Right?

Neither of you chose Freedom as a buzzword or even talk about it in your values. Why not?

I talk about freedom a lot, actually, because it runs through everything I’m standing for in this election. When I talk about my plans for carers, the reason I want more legal employment protections for carers is because it will give carers the freedom to choose how to balance their work and caring responsibilities. The investment I believe we need to make in universal childcare is all about unshackling people from excessive costs and opening up their options in terms of work and childcare responsibilities.

I’m a Liberal to my fingertips, and freedom underpins my views and priorities, and is never hidden. Whether “freedom” as a word is a good campaigning slogan, seems to me a different debate. 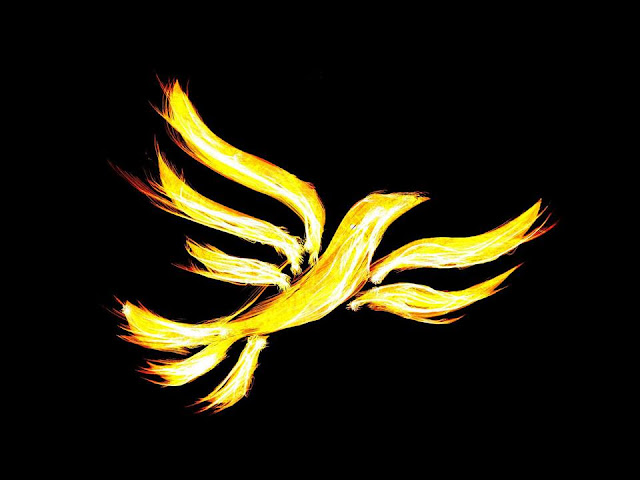 
Ed Davey’s Answers to my ‘Mean’ Questions for him

The Leader needs to win attention and support. You’ve been Acting Leader for over six months, during which our poll rating has halved since the General Election. You’ve had your shot and flunked it. Why should we give you even longer to keep failing?

Good to get a nice and friendly one! I think it’s fair to say that being interim co-leader, on the back of a bad general election result, in the middle of a global pandemic is hardly the rich soil on which to grow a party. I think most reasonable people would agree with that!

I also note that our party scored just 5.9% at a nationwide elections, 11 months into the leadership of one Paddy Ashdown. I’m glad we didn’t ditch him in 1989.

And I’m proud of the work we’ve done holding Boris Johnson to account, setting up the coronavirus volunteer task force and forcing the PM to agree to holding a public inquiry, but I’m standing in this election because I want a mandate from members. I currently don’t have that, so I can’t push forward and deliver on my vision of a fairer, greener, more caring society, and help rebuild our party to win elections again.

The election review was brutally honest about the problems facing our party, and they were never going to be solved in 6 months after an election, even without a global pandemic. We have a big rebuilding job on, but I have every confidence that with a mandate for members, and the support of our party, we can implement the election review and rebuild the party to get us winning again.

People need to feel good about their vote to vote for us again. Nasty choices in the Coalition destroyed our feel-good factor as the Nice Party. As they did every day with Jo, Labour will derail us by throwing that history at us. Your history. How do we move on when a Minister from the past as Leader will always be on the defensive?

We had our best ever local election results and European election results with a coalition Minister, Vince Cable, leading our party, so I’d challenge the idea it automatically has to be a drag on our party. It certainly wasn’t for Vince!

I think we need to be realistic that elements of the Labour Party will throw coalition at us whoever is leader, because in plenty of places they are our political opponents and therefore it’s in their interest to bring it up. But I equally don’t think you’ll see the same level of vitriol from the top of the Labour Party under Starmer as we did under Jeremy Corbyn, because Keir Starmer knows he needs us to win seats against the Conservatives if he’s going to be Prime Minister.

I’m proud of what we achieved in coalition, from trebling renewable energy, to the pupil premium, to same-sex marriage and tax cuts for millions of people. Of course, no Government gets everything right, but I think the fact that I’m backed by people, like Daisy Cooper and Tim Farron, who were critical of coalition is testament to the fact that they recognise the choice for our next leader is bigger, and more important, than who was or wasn’t involved in coalition.

The other thing I would say is that the election review is 61 pages long, but mentions coalition in passing two or three times. It is a mistake to think our issues are purely routed in that, the rebuilding job we have is so much bigger.


I’m grateful to Ed and his team for answering so comprehensively.

You can also read my original post here, where I asked these questions to Ed and more to Layla. I also talk there in detail about why I chose the questions I did. I believe we need to be both distinctive and sharp to break through, and that politics-free politics won’t cut it. Post-Brexit, post Covid-19, I don’t feel I know the answers, and I want a Leader who will inspire me. But I want to avoid another Leadership self-destructing by hoping that nasty questions they don’t want asked will somehow just go away. Liberal Democrat Leadership elections are nice and wish the best for everyone, but actual election campaigns are not – I’ve attempted to test the two candidates a little harder. You can also read two utterly terrible answers to what the Lib Dems stand for that I’ve previously heard, one in a complacent local party and one from a very senior Lib Dem…

As a bonus, I also asked my Lib Dem values questions to several other current senior Lib Dems. Party President and Acting Co-Leader Mark Pack sent me his own answers, which you can read here. For that post I included some of my own answers, and several of the best answers I’ve previously heard or read, going all the way back to David Lloyd George and including a link to my very favourite – and very long even though I’ve abridged it – speech by Paddy Ashdown.

I hope some of them inspire you, too.