Peter Davison’s time as the Doctor begins with a vibrant mix of stories and ideas, set to rather beautiful music. There’s a return to adventures in history with Black Orchid and The Visitation, and the divide between this vulnerable Doctor’s main themes opens up with arthouse stories like Castrovalva and Kinda, each exploring reality, identity and the dark places of the inside, versus macho stories like gripping Cyberman near-movie Earthshock. And in Doctor Who Monthly…

The Tides of Time

“The scanners indicate a large, hollow plastic object… No means of propulsion… No mechanism whatsoever… In short…
“A giant toy duck!” 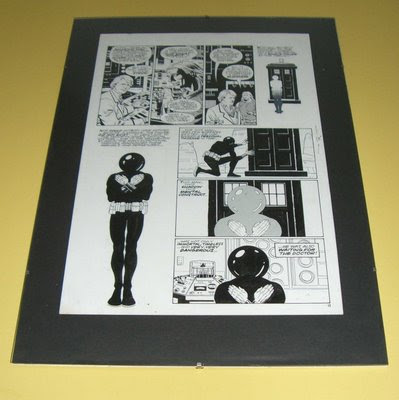 Originally printed in issues 61-67 of Doctor Who Monthly – which later became the Doctor Who Magazine that still continues today – this was reprinted in US comics, but the best way to read it now is the beautifully cleaned up 2005 Panini graphic novel collecting the complete strips of Peter Davison’s time, naturally titled The Tides of Time.