Things To Remember About Labour #6 – Iraq

The main ‘justification’ for invading Iraq was a series of lies to Parliament sexed up by the Labour Government. The Labour Party has the blood of hundreds of thousands of people on their hands. Ten years ago in March, Labour joined President Bush in invading. Ten years ago today, President Bush announced it was “Mission accomplished”. That was another lie. The Labour Party stayed the main cheerleader for the hundreds of thousands of deaths and tortures that followed. 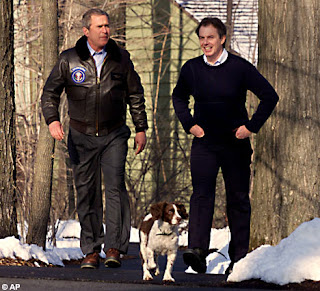 Who Are the “Traitors” and “Collaborators”?

The Labour Party demonised anyone who opposed the war as “traitors” and “collaborators”. The Liberal Democrats were proud to stand up for international law and do the right thing – even though at the time opposing the war hit us badly in the opinion polls.

The Labour Party still call the Liberal Democrats “traitors” and “collaborators”. Now it’s because we’re in coalition with another British political party who isn’t the Labour Party. They howl and shriek daily that trying to fix the economy after the Labour Government spent all the money and much more they didn’t have – in part by spending so many billions on an illegal war – is exactly the same as being Nazis. 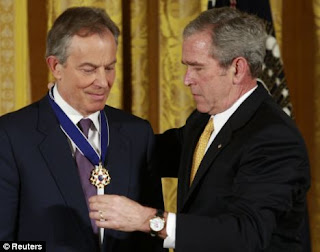 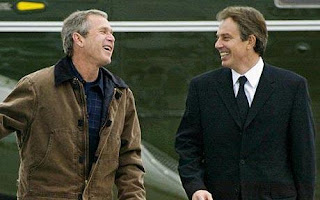 George Bush’s Labour – War Is Such A Laugh
Remember what the Labour Government actually did. 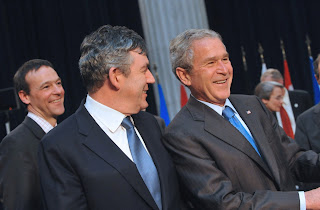 George Bush’s Labour – War Is Such A Laugh 2

The Liberal Democrats Did the Unpopular Thing Because It Was Right

And remember what the Liberal Democrats did – we were the only party to oppose the war back when it seemed political suicide to do so.

Ming Campbell writes how Britain lost its moral authority. I remember how he was desperately ill and came out of hospital to vote against – so that every single Liberal Democrat MP voted against the war.

Andy Strange remembers the Liberal Democrats marching against the Iraq War (I remember bringing bags of sweets and feeding them to Shirley Williams and other leading Lib Dems on the front line of the long march to keep them going on a bitter day).

Nick Clegg writes on the lessons of Iraq. 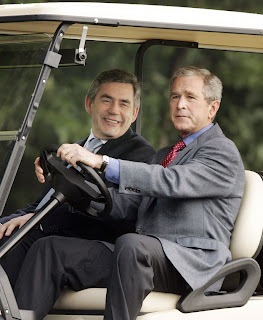 Lord Prescott is the authentic voice of the Labour Party. A bully. A coward. A hypocrite. A moral vacuum who stayed in power at any cost. A man who went along with President Bush in an illegal invasion, lied to support it, attacked those who were against it.

And ten years later, ten years too late, Lord Prescott admits it was all wrong. So vote Labour!

While brave, brave Ed Miliband worked for the Labour Government as a leading advisor through every second of that time and slimed his way to being a Labour MP on the back of it.

To reap the rewards of insider power and become a Labour MP, Ed Miliband supported the war to the hilt.

So when the Labour Party pretend to be sweetness and light, just remember what they did with thirteen years of absolute power. Remember that war-mongering, evidence-sexing, amnesia-promising, freedom-crushing, LGBT-hypocrisising, rich-brownnosing, poor-taxing, crony-bribe-swallowing shameless Labour Government. 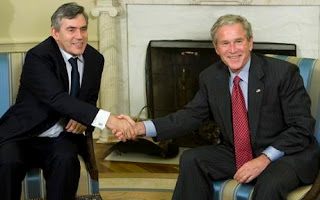 And remember that when the USA asked the UK’s help in arming up for a potential war on another Middle Eastern country, this part-Liberal Democrat Government said no.