The Best of My Election Tweets


A micro-guide to the parties! What UKIP and Lib Dems do when they lose! When Lib Dems can expect to get over 50% in the Euros! What I thought of the BBC election coverage! And a cheery song! All this and more in short form from before, after and during the May elections. Most of us had a pretty rough time; everyone has their own worst story to tell, but I’d rather not think about my being ill, with Richard away, Elections of Doom looming, and bereavement. Instead, some of my coping mechanism: posting on Twitter like there’s no tomorrow. 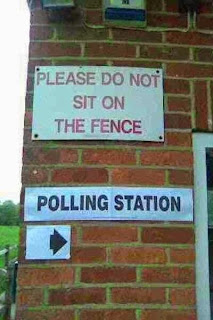