Will Peter Capaldi know how to fly the TARDIS in an hour’s time? Take a Deep Breath! 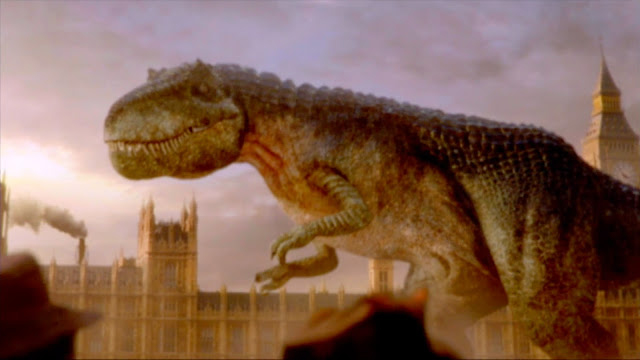 It’s not the first time dinosaurs have savaged London (and I’m not talking Boris vs Ken). Doctor Who history includes the 1974 story Invasion of the Dinosaurs, featuring Jon Pertwee and, as I’ve written before… Some problems. But it also boasts one of the most fabulous book covers (and onomatopoeic effects) ever devised.

Doctor Who: The New Adventures – Blood Heat is a more thrilling if more obscure 1993 story published as part of the brilliant continuing book range that kept the series and Sylvester McCoy’s Doctor alive in the 1990s. It even features Silurians, too! But the cover of Jim Mortimore’s novel, while thrilling, isn’t quite as awesome as that of Malcolm Hulke’s novelisation from 1976. So I’ve drawn a very subtle bonus feature to fix that. I think you’ll agree it was just what it needed. 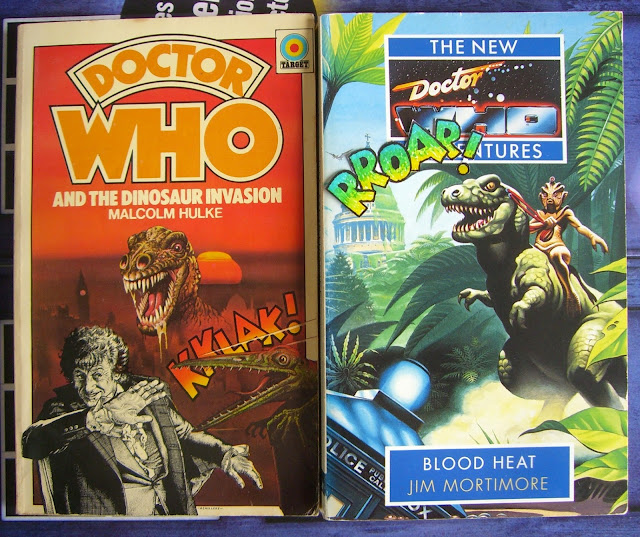 Doctor Who and the Dinosaur Invasion and Blood Heat

I don’t know what tonight’s story will bring us, aside of course from another Tyrannosaur in the capital and a Doctor who’s at last not hiding his age, but I hope it’ll be every bit as exciting as its two predecessors. Now all they need is to commission a book version and a proper painted cover – both Chris Achilleos and Jeff Cummins are still around. There’s only one way to decide which… FIGHT!

See it in an hour.