Doctor Who was first broadcast forty-nine years ago yesterday. We’ve been celebrating. And that means that this is the first minute of the greatest series ever’s fiftieth year.

So, coming soon… On every Saturday until November 23rd, 2013, I’ll be counting down through fifty great scenes from the show. One a week, starting in a couple of weeks. So how better to whet your appetite for a year of celebration than with a selection of the most fabulous Doctor Who trailers? From BBC1, from the DVDs and from the Internet, from William Hartnell to Matt Smith, here come the teasers… 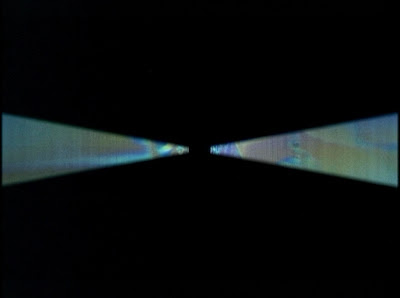 The greatest trailer – best title sequence ever made. What’s coming next this time?

“The Trip Of A Lifetime!”

2005 – the great return… And Christopher Eccleston invites us into time and space. Still the most thrilling summons to adventure I’ve ever seen.


Next Time – An Unearthly Child

A fan trailer for the very first Doctor Who story. Of many I’ve seen for it, this is one of the better-made and the one that tickles me the most for its spin on modern Who’s “Next Times…”

Remember the third Dalek movie from the ’60s? Course you do! Inspired, gorgeous and hilarious in equal measure.

Well into the Doctor Who DVD releases, in 2007 each release started to feature a trailer for the next. At first, these were rather basic, with the occasional streak of creative fun like that for The Key To Time… But it was on The Key To Time Box Set that the first trailer appeared that felt like it was selling Doctor Who as a great big film epic. It’s a thrilling story to start with, but it had never looked or sounded like this before. And from then on, the DVD trailers were worth watching as works in their own right.

The Coming Soon trailer for the greatest Doctor Who story of them all (or, if you prefer your trailers home-made, here’s Chris Batt’s The Deadly Assassin Trailer: Creepy Version from online).


The Parting of the Ways Countdown

2005’s astonishing season finished with the first of many massive season finales… And yet almost the most exciting thing about it was this countdown. After teaser trailers counting down each day, this full version aired only once, immediately before the episode. Not to bring people to the screen – everyone watching had already tuned in anyway. No, just for the sheer joy of it.

The Doctor had addressed us to camera before; that year, BBC One came up with something different, a tale of the Doctor told round the campfire by a woman watching for him. All to the glorious piece of music we’ll always think of as ‘Dance of the Macra’.


Previously On Doctor Who…

Anticipating many of my forthcoming Doctor Who 50 choices, a rather marvellous (if dazzlingly swiftly intercut) compilation of every Doctor Who TV story in just five minutes. I did something like that once: mine took more than fifty. Funny, that.


Doctor Who: Every Story 1963 to Now – A Babelcolour Tribute

Why stop at one? A slightly longer, slightly more comprehensive compilation that ends with a frankly magnificent delivery of a speech by a different Doctor to the one you might be expecting…


Doctor Who – The Snowmen Trailer

And where else to finish but the future? This trailer for the forthcoming Christmas special aired last week on Children in Need. The fourth Victorian Christmas in seven years? Who’d have thought. While some people say Matt Smith’s Doctor is most like Peter Davison’s, for his portrayal of an old man in a young man’s body, I don’t usually see it – he was inspired by Patrick Troughton, and I find a lot of Sylvester McCoy – but this time I can’t help thinking of Davison’s detective Campion. Isn’t Commander Strax a dead ringer for Brian Glover’s Magersfontein Lugg?

Trailers aren’t everything. So I can’t resist two of the finest other multi-story assemblies online: if you enjoyed the above, why not try Flight of the Darned, which is frankly awesome, or something else which is… Good?