“It is our basic human right to be fuck-ups!”

My previous Liberal Monday put together three quotations from respected academic, politician and peer Ralf Dahrendorf into a critique of utopia, a theme close to my heart. On an in-between Friday, Richard and I went to see the new Simon Pegg-Edgar Wright comedy drama The World’s End. I’d loved most of their previous work; I grew up reading and still love the sort of John Wyndham / Nicholas Fisk / John Christopher-esque ‘cosy catastrophe’ that I’d heard the movie was to open up into. And, obviously, I love Cornettos. What I was less expecting was for The World’s End also to morph into ‘Ralf Dahrendorf: The Movie’ (spoiler: may not contain actual Dahrendorfs. Other movie spoilers will be less prominent than my latest move to spoil the concept of utopia). 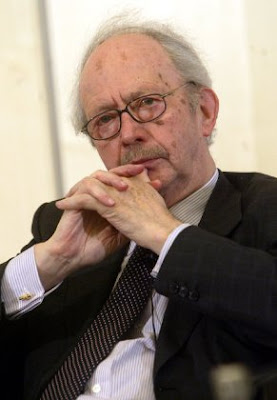 Simon Pegg, Post-Pub Crawl
The World’s End is a less approachable film than, say, Hot Fuzz, and will probably make less money: it might make the audience ask difficult questions of itself, the paradox shared by many ‘cosy catastrophe’ novels that, at heart, they make you uncomfortable. But as far as I’m concerned, that’s another excellent reason for you to go and see it anyway. It’s been called a film about growing up, but it’s less dreary and more complex than that – with themes about consequences, and choices, and that while it may be better for you to grow up and better yourself and that the opportunity to do so is important, when you have all that imposed on you it’s really not worth it. And by the end it’s as explicitly anti-utopian film as any. Which is exactly where it chimes with Liberalism, those Ralf Dahrendorf quotes, and my sudden need to dig out a piece of paper and a pen in front of the big screen.

I left sixth-form in 1990 to a similar soundtrack to the lead characters in the film’s opening flashback, which struck the first of several eerie notes with me (though the flashbacks on grainy film are the sort of flashbacks people having grown up to turn 16-18 at that time would imagine, if it was really a flashback to 1990 it’d be on cheap video. But I digress. The digression in this paragraph is merely a device to separate the spoiler at the end. Honest). Some of you may know that drinking isn’t one of my many vices, so my only pub crawl was a year or three later, in the unlikely circumstances of being stranded in London after a business meeting (due to IRA bombs shutting down London Transport). This involved a friend who I worked with at the time going round a long assortment of pubs he wanted to check out while wearing identical pink ties (Tony was the straight one, and camper), with him sinking pints and me on fruit juices and the occasional absurd liqueur (I’d have thought it rude only to ask for tap water). The point of this anecdote is partly to express the movie-appropriate nostalgia that I’d like to get in touch with him, and the also movie-appropriate worry that he’d give me Nick Frost-face these days. But the main point of the anecdote is that, after a business meeting in Kensington, our crawl wound round Chelsea and Fulham and, inevitably, centred on The World’s End. 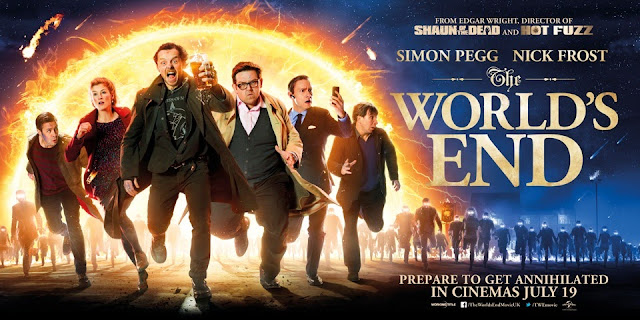 Lib Dem Conference, Newton Haven
The big reveal towards the end of the film is that the reason our heroes’ home town has been repopulated with very slightly higher-achieving Stepford people is that benevolent but disapproving aliens have decided that Earth is the least civilised planet in the galaxy (with a disapproving Polly Toynbee-esque chart to prove it). They’ve come to give us the opportunity to stop being such a blight on local spiral arm property prices, and to serve Alien Spitting-image Behaviour Orders on us if we don’t co-operate with the opportunity.

“Face it! We are the human race and we don’t like being told what to do!”

It turns out that we don’t like being forced to conform even if conformity can be shown to make things better against recognised galactic standards – with charts – though I suspect the percentage of those refusing to conform shows a slightly optimistic view of human nature. Less optimistically but chiming right in with my own prejudices, the attempt to impose a top-down utopia and sulky withdrawal causes massively more problems than the fuck-ups it was intended to ‘solve’.

The very end of the coda also displays in hearteningly simple form the difference between Liberals and UKIP: a fuck off to enforced utopia; but emphatically not a fuck off to aliens.


[Additional joke critique: Richard rightly points out that “Fuc-King Gary” would have been funnier, while I couldn’t believe that they didn’t knock over Chekhov’s roundabout sign.]